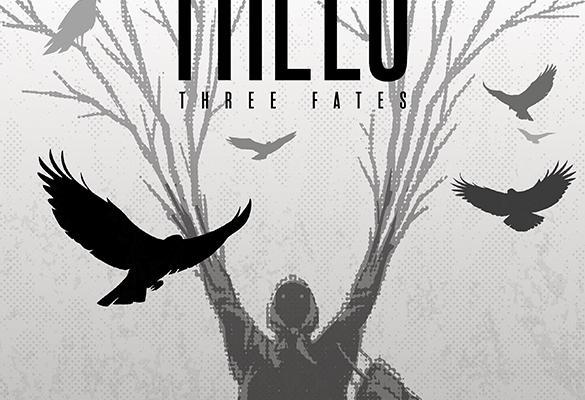 For an issue that in all actuality nothing much happened in, I had a pleasant time reading this book. One potential big thing did happen towards the end of the book when the main character, Sergeant Klara Voranova, is approached by her long dead husband who seems to have exited the Tree, which coincidentally is now lit up with glowing green alien symbols. If I recall correctly, this would be only the second time a Tree has done anything that could be construed as an action. The first having happened in the original run, when a Tree dumped tons of acid on a city below it, killing many people. I guess something did happen, in all actuality.

Warren Ellis, as per his Modus Operandi, kept a slow and steady pace in this issue, only to spring something major in the storyline, then back away from it to muse about complicated ideas through a character’s mouth. I can see how some people would be frustrated by his style, and there have been times when I feel like maybe it’s past time for some answers in his books, but I enjoy how he weaves his stories, this current book and issue being one of them. An exemplary example of this can be found in the end of the book when it flashes back to eleven years previously in the story, as Klara remembers how she met Sasha, her dead husband. Sasha’s musings were interesting and I hope that one day in the far future we can indeed pull off such amazing things.

Artist Jason Howard gave us some more of his near painterly art, making much use of heavy linework throughout each panel and scene. I savor how his style imparts a real sense of scale, emptiness, and how vast the distances in the environment the story takes place in are. Look to the second to last page and you can see a specimen that demonstrates this point, this was also the page I happened to enjoy the most. It shows a ring-like machine of planetary scale, with strange floating red orbs that almost look like they have legs in the foreground. It’s clear to me that this page is the result of real inspiration after reading Mr. Ellis’ script.

Dee Cunnife, the colorist in charge of the color flats, did as fine a job as last time. He contributed much to the mood and feeling of the book, and again I have to point to the far future, ring machine page as my favorite. The colorwork, for me, is what gave the art on that page its visual power.

I’m crossing my fingers and hoping that with the return of a long dead Sasha from a Tree lit up with strangely glowing symbols, that this may mean we get to learn what the H is going on with these crazy space trees.

After you take a much needed drink of Vodka to calm your nerves after being confronted by your long dead loved one, have this book handy and…

Read fast before the Vodka makes that harder, or maybe better, as I often find.